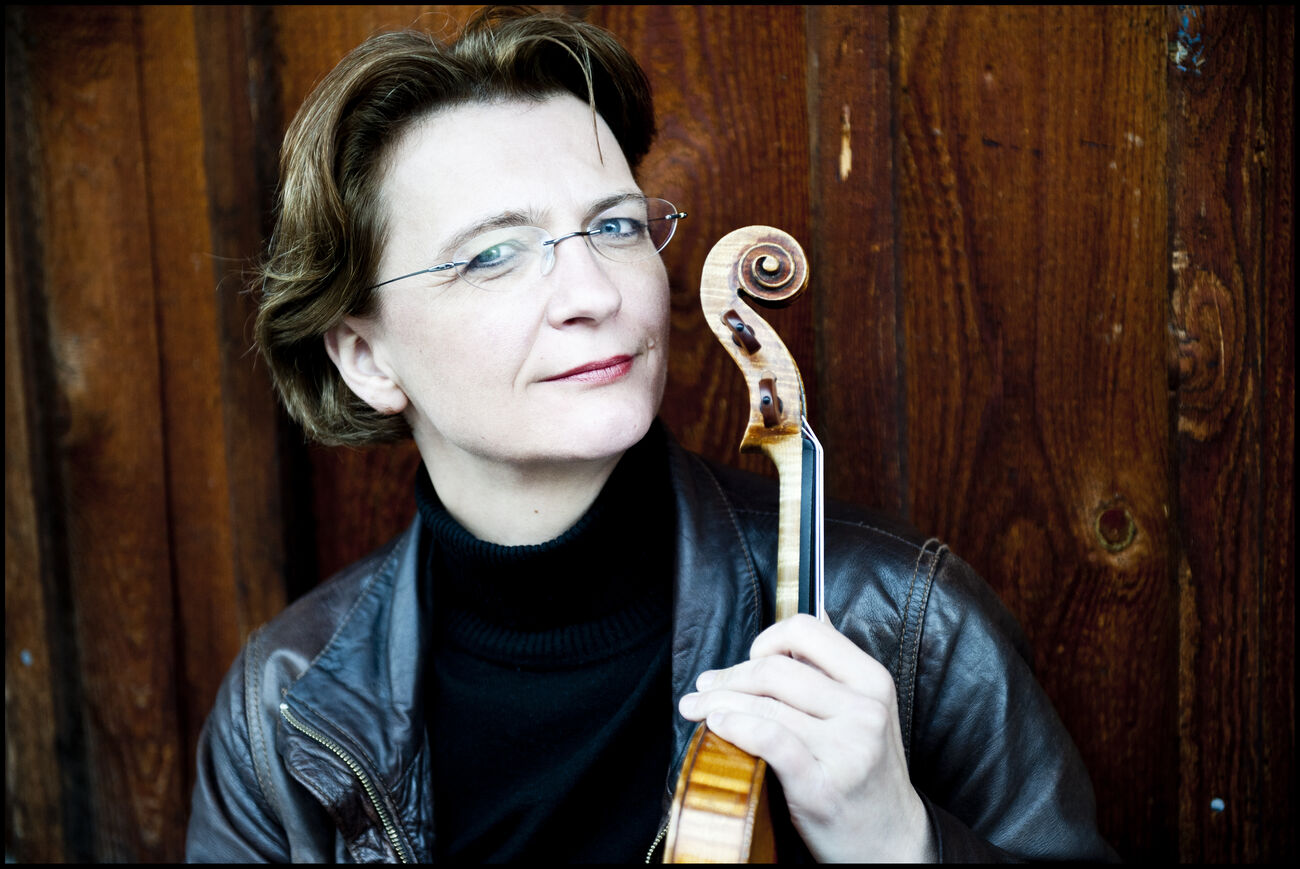 “Antje Weithaas is one of the great violinists of our time.” (FONOFORUM)

Brimful of energy, Antje Weithaas’ brings her compelling musical intelligence and technical mastery to every detail of the music. Her charisma and stage presence are captivating, but never overshadow the works themselves. She has a wide-ranging repertoire that includes the great concertos by Mozart, Beethoven and Schumann, new works such as Jörg Widmann’s Violin Concerto, modern classics by Shostakovich, Prokofiev, Ligeti and Gubaidulina, and lesser performed concertos by Hartmann and Schoeck.

As a soloist, Antje Weithaas has worked with most of Germany’s leading orchestras, including the Deutsches Symphonie-Orchester Berlin, Bamberg Symphony and the major German radio orchestras, numerous major international orchestras such as the Los Angeles Philharmonic, San Francisco Symphony, Philharmonia Orchestra and the BBC Symphony, as well as and the leading orchestras of the Netherlands, Scandinavia, and Asia. She has collaborated with the illustrious conductors Vladimir Ashkenazy, Dmitri Kitayenko, Sir Neville Marriner, Marc Albrecht, Yakov Kreizberg, Sakari Oramo and Carlos Kalmar. She enjoys a close working relationship with conductor Antonello Manacorda, with whom she made her debuts with the Orchestra Filharmonica del Teatro La Fenice in Venice as well as the SWR Symphony Orchestra and regularly gives concerts in her hometown Potsdam.

Highlights of the 2018/19 season include performances with the Het Residentie Orkest under the baton of Otto Tausk (Offertorium by Gubaildulina), Het Gelders Orkest under the baton of Antonello Manacorda (Bruch 1), the MDR Symphony Orchestra with Klaus Mäkela in Leipzig and Ludwigsburg (Beethoven), the Estonian National Symphony Orchestra under Olari Elts (Brahms), the Poznan Philharmonic Orchestra under Eivind Gulberg-Jensen (Beethoven), and the NDR Radiophilharmonie under Andrew Manze (Bruch 1).

Antje Weithaas produced a reference recording of Beethoven and Berg’s violin concertos in 2013 with the Stavanger Symphony Orchestra under Steven Sloane (CAvi-music). There were rave reviews of the two first CDs from Antje Weithaas’ latest project for CAvi: complete recordings of Johann Sebastian Bach’s solo sonatas and partitas and Eugène Ysaÿe’s solo sonatas. The label cpo recently released Vol. 2 and 3 of her recordings of Max Bruch’s complete works for violin and orchestra with the NDR Radio Philharmonic under Hermann Bäumer to great acclaim. Antje Weithaas continues her collaboration with the NDR Radio Philharmonic and cpo with recordings of Schumann’s Violin Concerto and Brahms’ Double Concerto with Maximilian Hornung, both conducted by Andrew Manze.

Antje Weithaas began playing the violin at the age of four and later studied at the Hochschule für Musik “Hanns Eisler” Berlin with Professor Werner Scholz. She won the Kreisler Competition in Graz in 1987 and the Bach Competition in Leipzig in 1988, as well as the Hanover International Violin Competition in 1991. After teaching at the Universität der Künste Berlin, Antje Weithaas became a professor of violin at the Hochschule für Musik “Hanns Eisler” in 2004. She plays on a 2001 Peter Greiner violin.

The primary motivation for Antje Weithaas to take over the artistic direction of the Joseph Joachim Violin Competition together with Oliver Wille was to offer violinists a platform with many opportunities for advancement. With this very competition, to which she herself owes so much, she wants to find and support versatile, inquisitive artists.