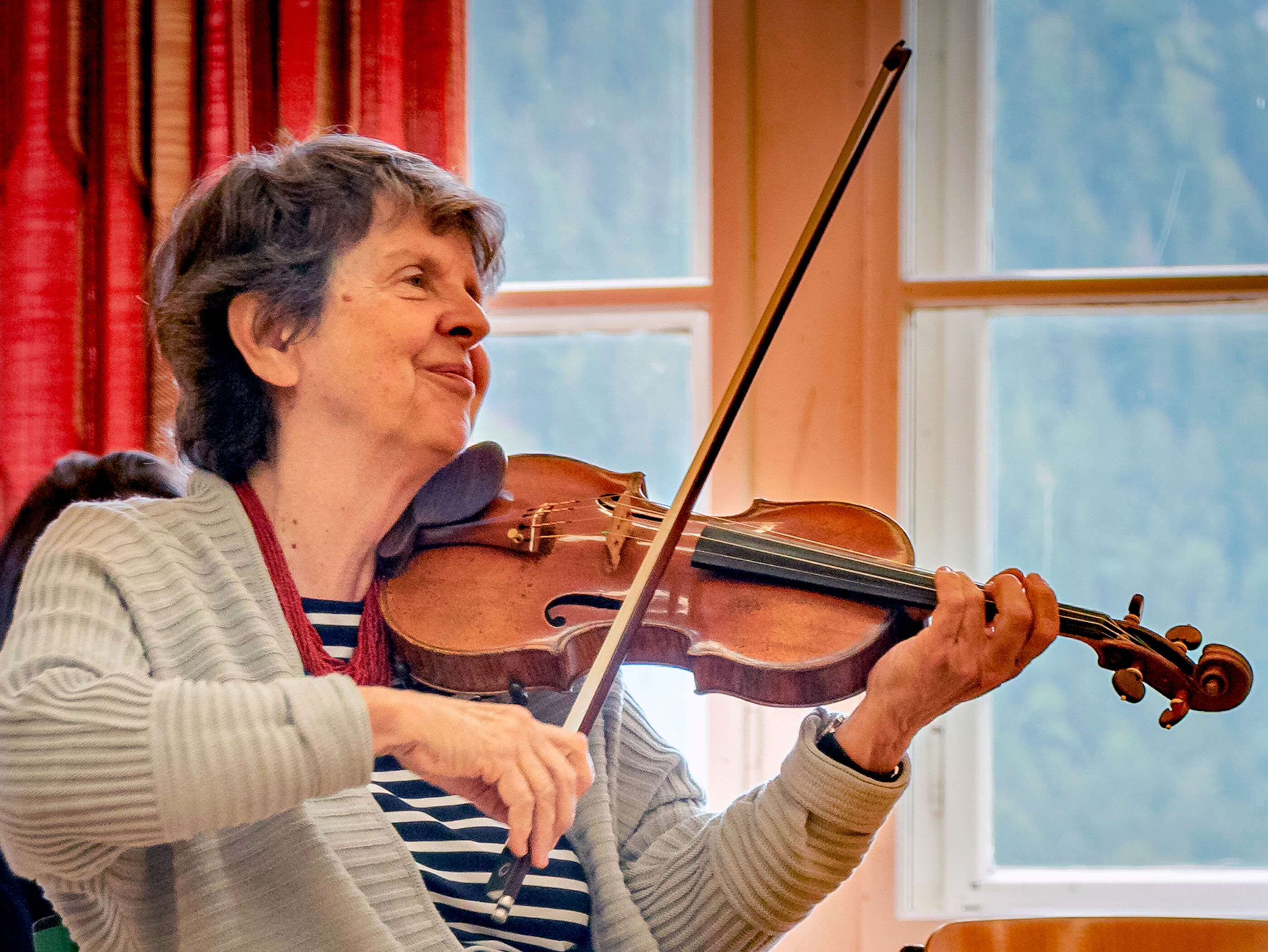 Born in Italy of Russian origin and with Argentinian and German nationality, Ana Chumachenco started playing violin at the age of four under the supervision of her father – a disciple of Leopold Auer – and later took lessons from Ljerko Spiller in Buenos Aires.

After enjoying considerable success in her early years in Argentina, she returned to Europe at the age of 17 to continue her studies. Just one year later she was awarded the gold medal at the Carl Flesch Competition in London and, not long afterwards, the silver medal at the international Queen Elisabeth Competition in Brussels. Her musical mentors in those years included Joseph Szigeti, Sándor Végh and Yehudi Menuhin.

Besides her recitals and performances as a soloist with leading orchestras, Ana Chumachenco devotes much of her time to chamber music. For more than 20 years she has played in the Munich String Trio with violist Oscar Lysy and cellist Walter Nothas.

Ana Chumachenco spent many years as Violin Professor at the Munich University of Music and as member of the faculty at Kronberg Academy. Many of her students went on to outstanding international careers.

She is regularly invited to take part as a juror in major violin competitions such as the Queen Elisabeth Competition and the International Jean Sibelius Violin Competition in Helsinki. She will share the jury task at the JJV 2021 with her assistant Zohrab Tadevosyan for personal reasons.