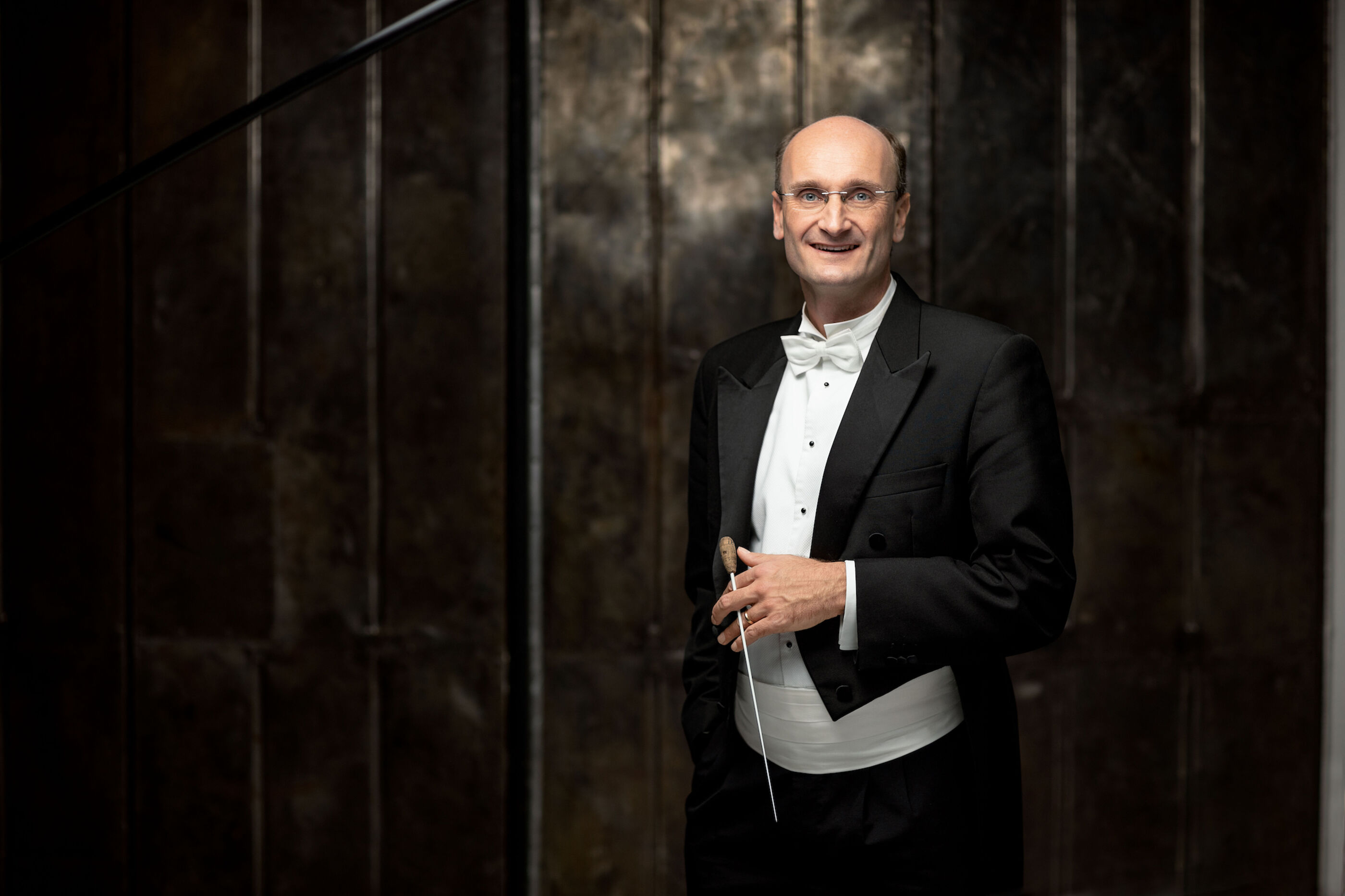 Andrew Manze is widely celebrated as one of the most stimulating and inspirational conductors of his generation. His extensive and scholarly knowledge of the repertoire, together with his boundless energy and warmth, mark him out. He has been Chief Conductor of the NDR Radiophilharmonie, Hannover, since September 2014 and his contract has recently been extended until summer 2023. In the 2018/19 season he was appointed Principal Guest Conductor of the Royal Liverpool Philharmonic Orchestra.

In addition to a busy touring schedule within Germany, in the 2019/20 season the NDR Radiophilharmonie will return to China, following their highly successful autumn 2016 tour, and also make their BBC Proms debut. Manze and the orchestra have embarked on a major series of award-winning recordings for Pentatone, focussed on the works of Mendelssohn and Mozart. The first recording in the Mendelssohn series won the Preis der Deutschen Schallplatten Kritik. Manze has also just finished recording a cycle of the complete Vaughan Williams symphonies with the Royal Liverpool Philharmonic Orchestra for Onyx Classics.

After reading Classics at Cambridge University, Manze studied the violin and rapidly became a leading specialist in the world of historical performance practice. He became Associate Director of the Academy of Ancient Music in 1996, and then Artistic Director of the English Concert from 2003 to 2007. As a violinist, Manze released an astonishing variety of recordings, many of them award-winning.

Manze is a Fellow of the Royal Academy of Music, Visiting Professor at the Oslo Academy, and has contributed to new editions of sonatas and concerti by Bach and Mozart, published by Bärenreiter, Breitkopf and Härtel. He also teaches, writes about, and edits music, as well as broadcasting regularly on radio and television. In November 2011 Andrew Manze received the prestigious ‘Rolf Schock Prize’ in Stockholm.