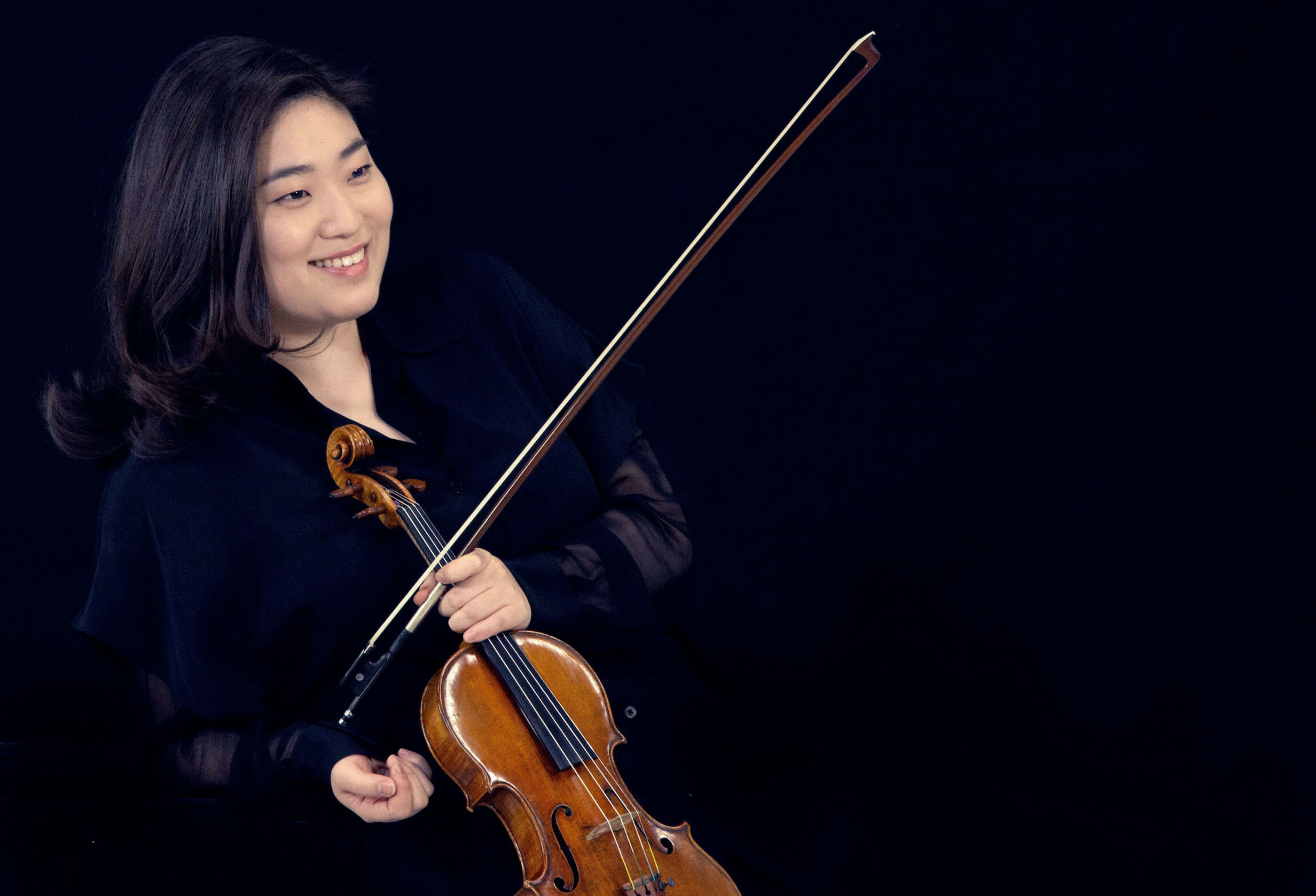 At the age of sixteen, Suyoen Kim was already receiving attention by the international music scene. In 2003, she was labeled a "brand new world star" by the Danish "Jyllandsposten". Her recording of Karl Amadeus Hartmann's "Concerto funebre" with the Bayerische Kammerphilharmonie, conducted by Pietari Inkinen, was recommended by BBC Radio 3 as the best available recording of this concerto.

Suyoen Kim was born in Münster, Germany, in 1987 and received her first violin lesson with Houssam Mayas by the age of five. Four years later, she began her studies as a "Jungstudent" at the Hochschule für Musik Detmold, Abteilung Münster with Professor Helge Slaatto, where she graduated in 2008. After having obtained her masters at the Hochschule für Musik und Theater München with Prof. Ana Chumachenco in 2010, she participated as a Young Soloist at the Kronberg Academy Further Masters Studies until summer 2012. These studies were funded by the Steigenberger/Rath scholarship.

She has taken masterclasses with Rainer Kussmaul, Ida Haendel, Ana Chumachenco and Elizabeth Walfish. Upon invitation by Seiji Ozawa, she regularly participates in the International Music Academy Switzerland.

Suyoen Kim is a recording artist with Deutsche Grammophon (Universal Music Group). She has released recordings with Mozart Sonatas (2010) and the Bach Sonatas and Partitas for violin solo (2011). A recording with the Schubert sonata, Rondo brillante and the Fantasy with pianist Dong Hyek Lim was released in February 2015. Her recent recording containing the Beethoven violin concerto and two romances with the Württembergisches Kammerorchester Heilbronn under the direction of Ruben Gazarian was released in March 2016.

In 2018, she has won the position as first concertmaster in the Konzerthausorchestra Berlin and also joined the renowned Artemis Quartet in 2019.

Suyoen Kim plays the Stradivarius "Lord Newlands" from 1702, which is kindly sponsored by the Nippon Music Foundation.