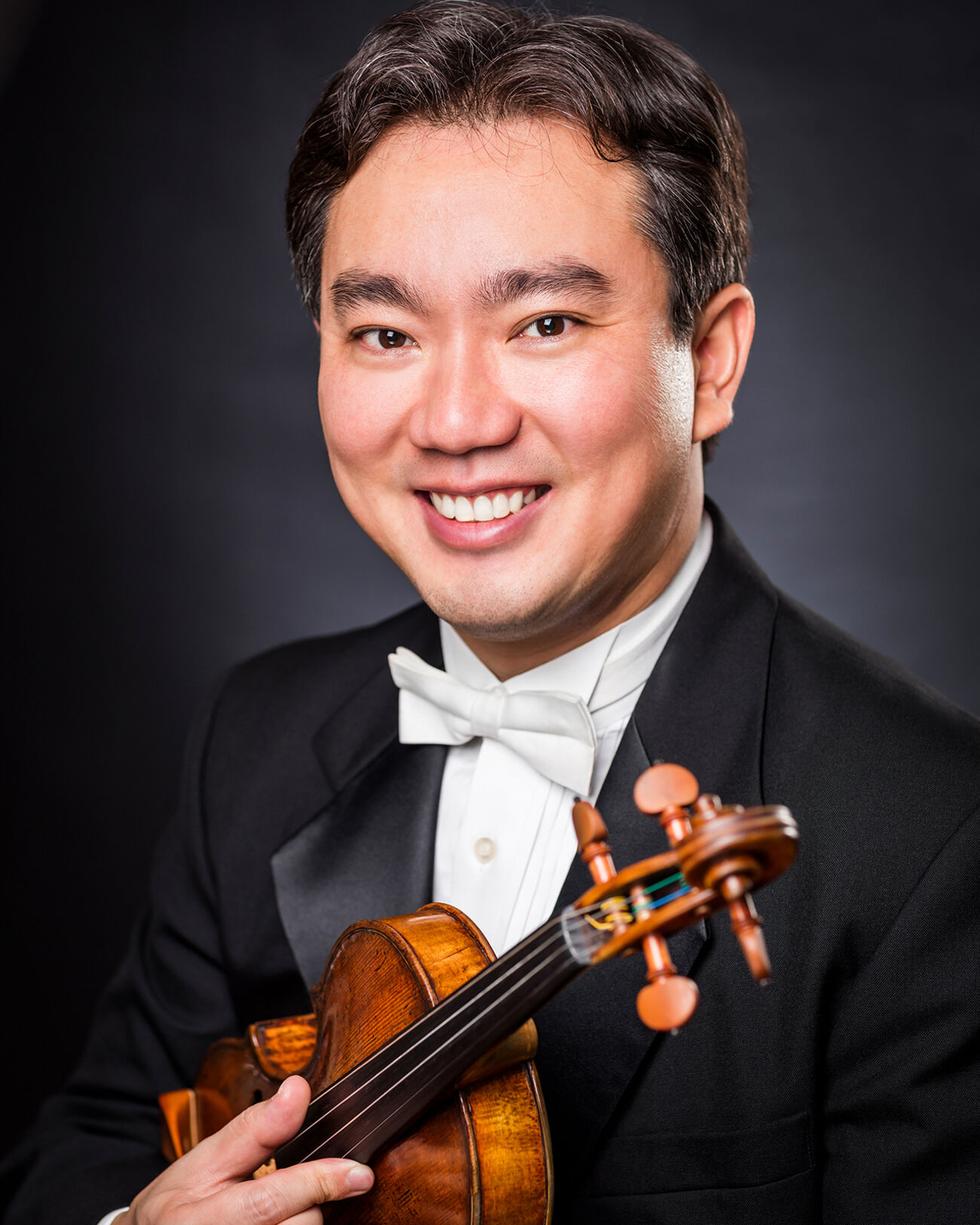 Frank Huang joined the New York Philharmonic as Concertmaster, The Charles E. Culpeper Chair, in September 2015. As the First Prize Winner of the 2003 Walter W. Naumburg Foundation’s Violin Competition and the 2000 Hannover International Violin Competition, he has established a major career as a violin virtuoso.

Since performing with the Houston Symphony in a nationally broadcast concert at the age of 11 he has appeared with orchestras throughout the world including The Cleveland Orchestra, Los Angeles Philharmonic, and Saint Paul Chamber Orchestra. He has also performed on NPR’s „Performance Today”, ABC’s „Good Morning America”, and CNN’s „American Morning” with Paula Zahn. He has performed at Wigmore Hall, Salle Cortot, Kennedy Center, and the Herbst Theatre, as well as a second recital in Alice Tully Hall, which featured the World Premiere of Donald Martino’s Sonata for Solo Violin. Mr. Huang’s first commercial recording – featuring fantasies by Schubert, Ernst, Schoenberg, and Waxman – was released on Naxos in 2003.

In addition to his solo career, Mr. Huang is deeply committed to chamber music. He is a member of the New York Philharmonic String Quartet, established in
the 2016/17 season, and has performed at the Marlboro Music Festival, Seattle Chamber Music Festival, and Caramoor. Before joining the Houston Symphony as concertmaster in 2010, Frank Huang held the position of first violinist of the Grammy Award-winning Ying Quartet and was a faculty member at the Eastman School of Music.

Frank Huang was born in Beijing, China. He began violin lessons with his mother and commenced study with Fredell Lack at the University of Houston and at 16 he enrolled in the pre-college program at the Cleveland Institute of Music. He subsequently attended The Juilliard School in New York City and is an alumnus of the Music Academy of the West, now a partner in the New York Philharmonic Global Academy. He served on the faculties of The Shepherd School of Music at Rice University, also a New York Philharmonic Global Academy partner, and the University of Houston, and currently serves on the faculty of The Juilliard School.