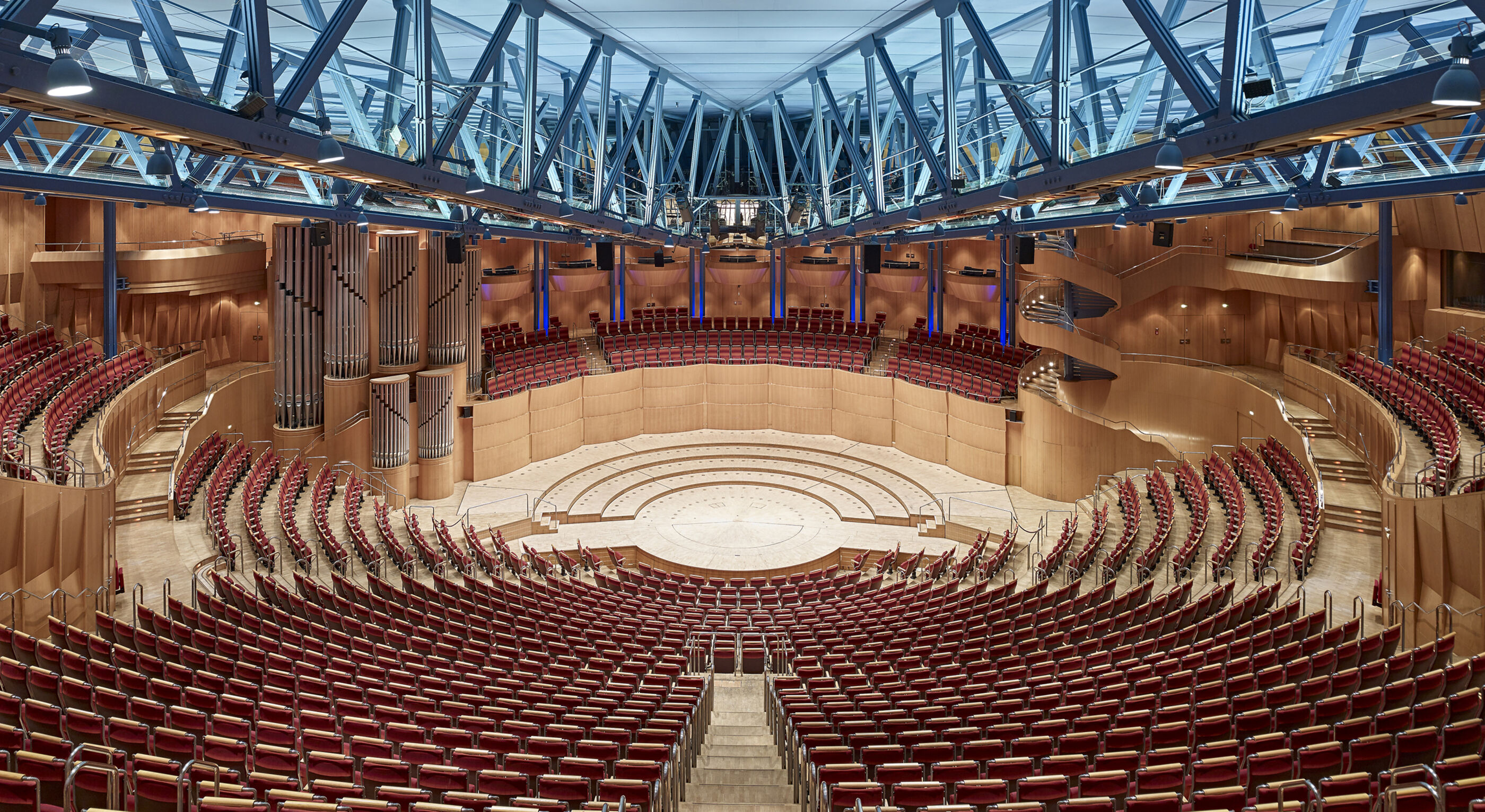 The Kölner Philharmonie has been an essential part of Cologne's musical life ever since Gustav Mahler's Eighth Symphony was performed at the inaugural concert on 14 September 1986. Set beneath the spires of Cologne Cathedral and beside the Rhine, the concert hall is only a five-minute walk from the city's main train station. There's a concert here almost every day of the year and frequently even two or three on Sundays and public holidays.

One reason behind the Kölner Philharmonie's popularity and importance is the diversity of its programmes, which range from the great works of the symphonic repertoire to jazz sessions, folk music, pop events and concerts devoted to premieres and world premieres, lesser-known works, the new and the unaccustomed. Another reason is the distinctive atmosphere inside the breathtakingly beautiful auditorium, which was designed in the style of an amphitheatre by Cologne architects Busmann & Haberer. Their design was the winning entry in the 1975 international architecture competition for the construction of a philharmonic hall for Cologne. The organ in the Kölner Philharmonie has three manuals, two consoles and 70 stops with almost 6,000 pipes. It was built by the Bonn-based Johannes Klais organ company.

In 2011 Cologne added a new annual festival to its calendar. After the MusikTriennale Köln came to an end in 2010, the ACHT BRÜCKEN | Music for Cologne festival, a celebration of modern music, has been staged every year since 2011 at the beginning of May. In 2017 it won the Cologne Cultural Council's accolade "Cultural Event of the Year".

Louwrens Langevoort, the Intendant of the Philharmonie, was also keen to dedicate a festival to highlighting the importance of historically informed performance practice. In 2019 the inaugural FELIX! Original. Sound. Cologne was launched, with musicians playing period instruments and using their knowledge of historical performance practice to bring the sound of the past into the present. After the success of the first edition, Langevoort was able to secure the festival's long-term future so that it too can take place on an annual basis.

Through projects like PhilharmonieLunch, PhilharmonieVeedel and Philharmonie.tv, Langevoort has also succeeded in attracting sought-after audience segments such as young professionals and young families, offering them special, tailor-made events inside and outside the concert hall. In particular Philharmonie.tv – with its programme of streamed concerts – is especially important at the current time.

Opening the concert hall to everyone and making music accessible to all is the Intendant's guiding principle in other contexts as well. In 2017 Louwrens Langevoort became President of the European Concert Hall Organisation (ECHO) and he was reselected in spring 2019. Firmly committed to the European idea, he campaigns in this role and others for the recognition of music's ability to transcend nations and societies.