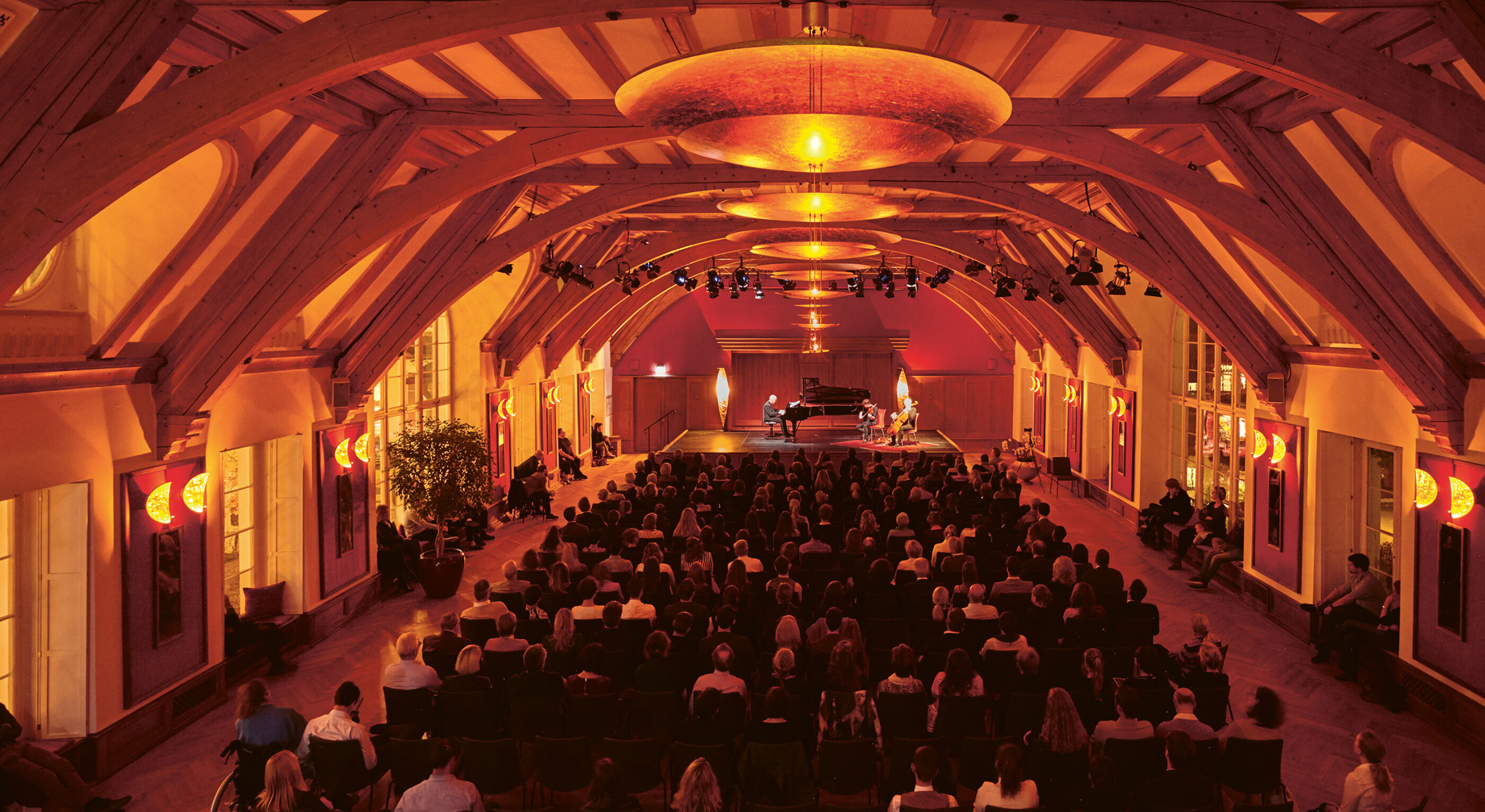 Schloss Elmau has been cultivating a unique cultural tradition for more than 100 years. The five-star superior hotel enjoys a spectacularly secluded location at the foot of the Wetterstein Mountains, just 90 miles from Munich, 40 miles from Innsbruck and a short drive from Garmisch-Partenkirchen – surrounded by crystal-clear lakes, fragrant forests and primeval mogul meadows – and was the residence for the heads of state & government during the G7 Summit 2015.

In the legendary, acoustically outstanding concert hall, up to 230 concerts and readings with great musicians and artists take place every year, always with their finger on the pulse of time and with a great variety from classical music to jazz and pop to literature. In addition to the concerts, which are spread throughout the year, numerous festivals invite visitors to delve into various genres over several days – such as the Chamber Music Week, the European Jazztival, the Verbier Festival @ Schloss Elmau, the Book Fair Days or Literature Days with a changing focus. In addition, Schloss Elmau presents curated festival weeks by outstanding artists such as the world-renowned baritone Christian Gerhaher or the star violinist Daniel Hope.

The programme is complemented by events to promote young musicians, such as master classes and concerts with cello great Gautier Capuçon, Christian Gerhaher or the cellist Jan Vogler, and co-operations with educational institutions such as the Hochschule für Musik und Theater München and the Kronberg Academy.

Since its opening year in 1916, Schloss Elmau has been a meeting point for the international classical, jazz and literary worlds, serving as a refuge, rehearsal space and experimental area for artists from all over the world. Artistic pairings are formed here, songs written, new programmes rehearsed and CDs recorded. With 8 grand pianos and round-the-clock rehearsal facilities, Schloss Elmau offers its artists a perfect infrastructure for their artistic work, while they, like their listeners, can relax with friends and families.