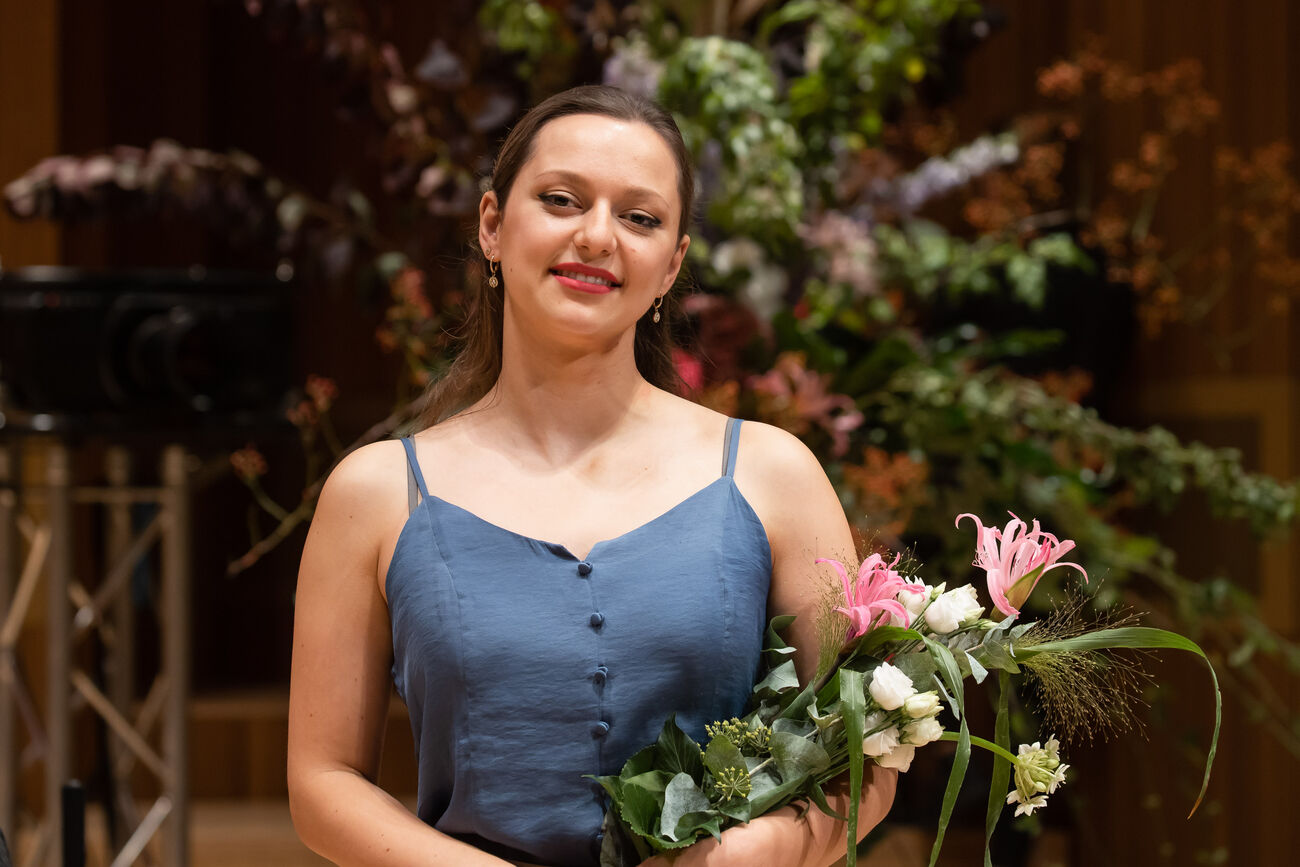 At the finale in the Grosser Sendesaal of the NDR in Hanover, further prizes were awarded to the participants of the competition. Javier Comesaña received a violin by Giovanni Battista Guadagnini (1765), a three-year loan from the Fritz Behrens Stiftung. Warner Classics will market Maria Ioudenitch´s debut album worldwide. G. Henle Verlag honoured Maria Ioudenitch with a music voucher and a monetary award in total 2,000 EUR. Manfred Trojahn, together with the jury, awarded the prize of 5,000 EUR for the best interpretation of his commissioned work "Im Garten zu spielen" to Maria Ioudenitch. The Kuss Quartett awarded the Chamber Music Prize of 3,000 EUR to Maria Ioudenitch. The Audience Prize of 2,000 EUR was awarded to Chiara Sannicandro. During the award ceremony, 22 concert engagements for selected participants of the competition were announced.

The newly organized Joseph Joachim Violin Competition offered 31 young musicians a special stage with its new artistic challenges. "In the last two weeks, we have been able to get to know exciting young musicians. The jury did not have an easy task. I would like to thank all participants, the artistic directors, the jurors and all partners for their trust and their openness to follow this new path," said Lavinia Francke, Secretary General of the Stiftung Niedersachsen. More than 160 young violinists between the ages of 17 and 29 had applied to participate in the competition.

All competition concerts were streamed live on the website and in cooperation with The Violin Channel on Facebook. Interested people from all over the world followed the livestream. The concerts were called up from around 90 countries. All competition performances can still be viewed at www.jjv-hannover.de/de/medien/videos. The final concerts were broadcasted live by the competition partner, NDR Kultur.

Overview of the award winners:

The next competition will take place in 2024.