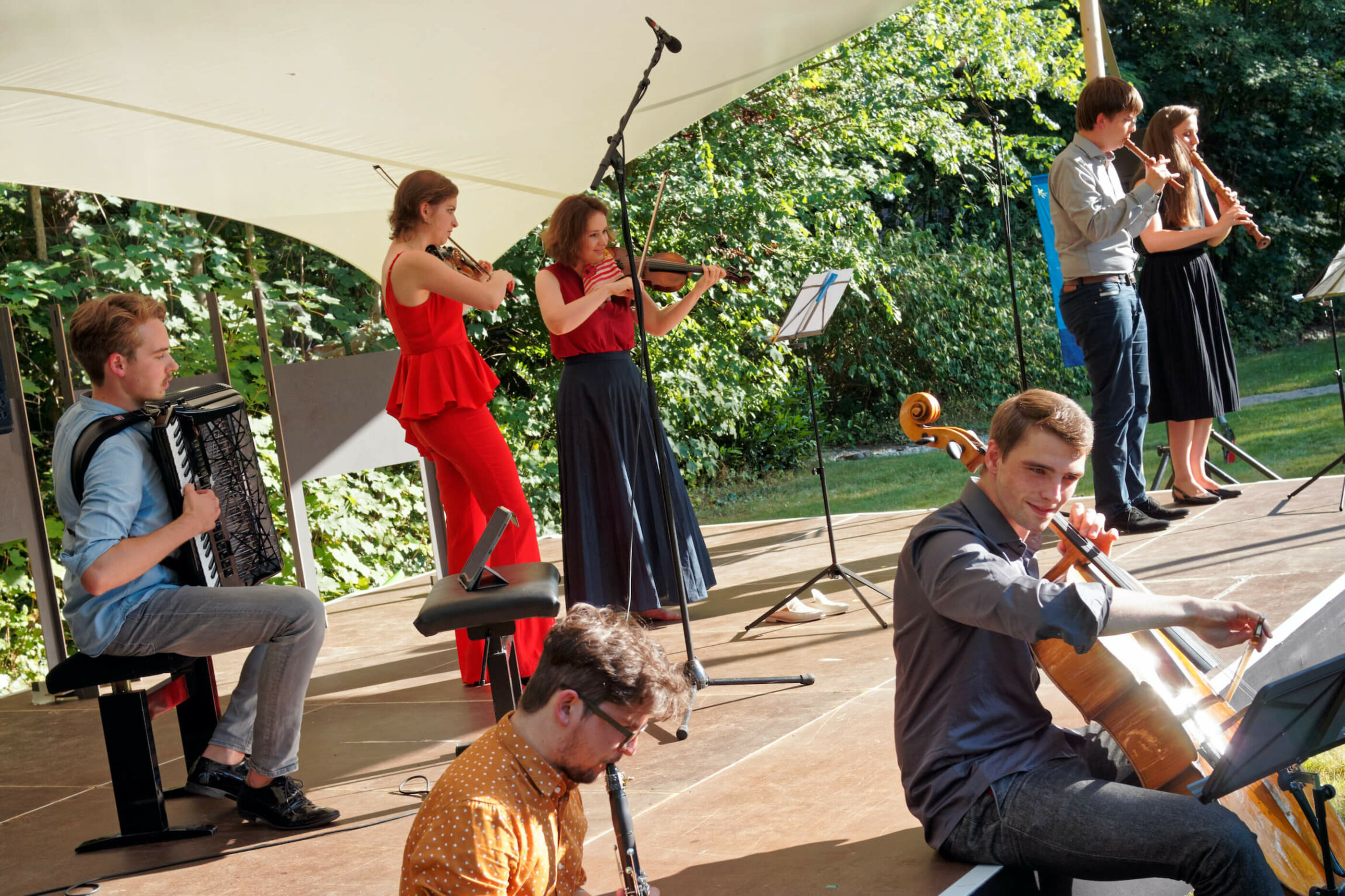 The Hitzacker Summer Music Festival is Germany’s oldest chamber music festival, and at the same time remarkably young at heart. Since 2016 under the artistic direction of violinist, chamber musician and university professor Oliver Wille the festival’s profile today is, more than ever, one of discovery – of fascinating concert formats, interrelated programs, unusual venues, international artistic personalities and ambitious young talents.

The courage to venture encounters with unknown composers, artists and works characterizes the festival just as much as it´s confrontation with the supposedly familiar.

The festival’s profile as a inspiring chamber music center far apart from commercial event hype is highlighted by its exclusive programs, personal contact to the performing artists and perfect surroundings for people and music to bond.

In addition to the evening concerts, there are daytime programs with workshops, lectures, artists’ talks, excursions and instruction for amateur musicians, all of which fascinates visitors and invites them to enjoy the festival atmosphere for a number of days at a time.

The promotion of young musicians has traditionally played an important role in festival activities, for example by hosting its own festival academies or inviting excellent prize winners.

Hitzacker is a lively, open town on the Elbe River, well off the beaten track. Every summer, taking place around the 1st of August, the festival transforms this picturesque half-timbered town into a hotspot of cultural interaction with international reach. The festival attracts around 10,000 visitors every year.