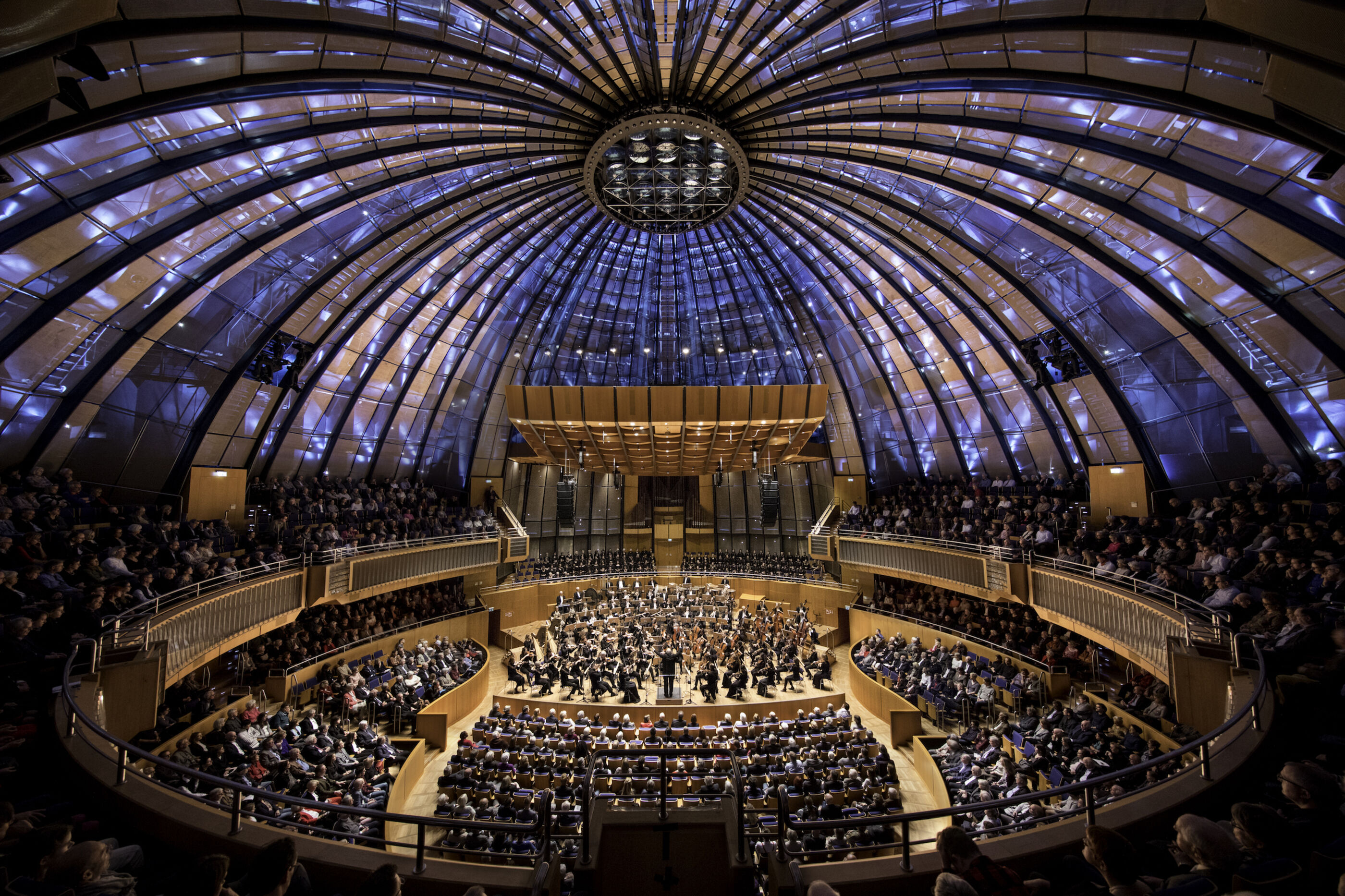 The Tonhalle Düsseldorf was originally built in 1926 as a planetarium. In the 1970s, it was converted into a concert hall, and in 2005 it underwent another extensive renovation. Since then, the Tonhalle is not only one of the most beautiful concert halls in Germany, but according to renowned music critics, it is also one of those with the best acoustics. The blue dome of the impressive concert hall was equipped with light-emitting diodes and a sophisticated lighting concept. This spectacular "indoor starry sky" also makes the concerts in the Tonhalle a visual experience. In this respect, the house is today once again what it has always been: a "planetarium of music".

More than 450 concerts with over 300,000 guests per year make the Tonhalle a great forum for culture and a place of encounter. The focus is on classical music. Other musical styles such as jazz, chanson and soul and cabaret events complete the program.

The Tonhalle is the musical home of the Düsseldorf Symphony Orchestra. The orchestra consists of 130 musicians from 17 nations. The Düsseldorf Symphony Orchestra performs not only in the Tonhalle, but also in the opera house, and demonstrates its close ties to Düsseldorf in a variety of educational projects or at "open air" events. With numerous guest performances, the orchestra has made a name for itself far beyond the borders of Germany.

Since September 2007, Michael Becker has been the artistic director of the Düsseldorf Symphony Orchestra and the Tonhalle Düsseldorf. With the "Tonhalle 0-100" system he created, he achieved a unique program structure. As Germany's first concert hall, the Tonhalle offers music for every conceivable age group: from the unborn baby in the "Ultrasound" series to the youthful generation in the "Ignition" series and the "Ehring goes to Concert" series for classical music returnees. In addition to constantly raising the artistic profile of the Düsseldorf Symphony Orchestra, Michael Becker also established three separate orchestras for young and youngest musicians at the Tonhalle - the Children's Orchestra, the U-16 Orchestra and the Youth Symphony Orchestra.

For the 2015/16 season, Michael Becker achieved the coup of engaging the internationally sought-after Adam Fischer as principal conductor of the Düsseldorf Symphony Orchestra. Adam Fischer is not only one of the best known, but also one of the most popular conductors of our time - this is true for the people who make music with him as well as for his audiences. In his first years as Principal Conductor, Adam Fischer performed all of Gustav Mahler's symphonic works at the Tonhalle with the Düsseldorf Symphony Orchestra. Fischer's "Mahler Cycle," completed in 2020, whose CD recordings have won several awards, has made a decisive contribution to the Tonhalle's great reputation in the classical music world, now internationally as well.