A look behind the scenes: As part of a music education project, young filmmakers accompanied the Joseph Joachim Violin Competition with their cameras. The result of the media workshop Showtime, which lasted several days, is a video documentary in German and English entitled "Wir wollen diese Typen hier haben" ("We want these characters here").

In Showtime, participants become directors, make a film and stand in front of the camera themselves as presenters.

A media workshop for teenagers and young adults who have always wanted to work as directors, presenters and cameramen. Guided by Daniel Finkernagel (internationally successful director, presenter and coach) and Uli Peschke (editor and filmmaker), participants make a film about the semifinal rounds of the competition, conduct interviews and act as fashion rators. 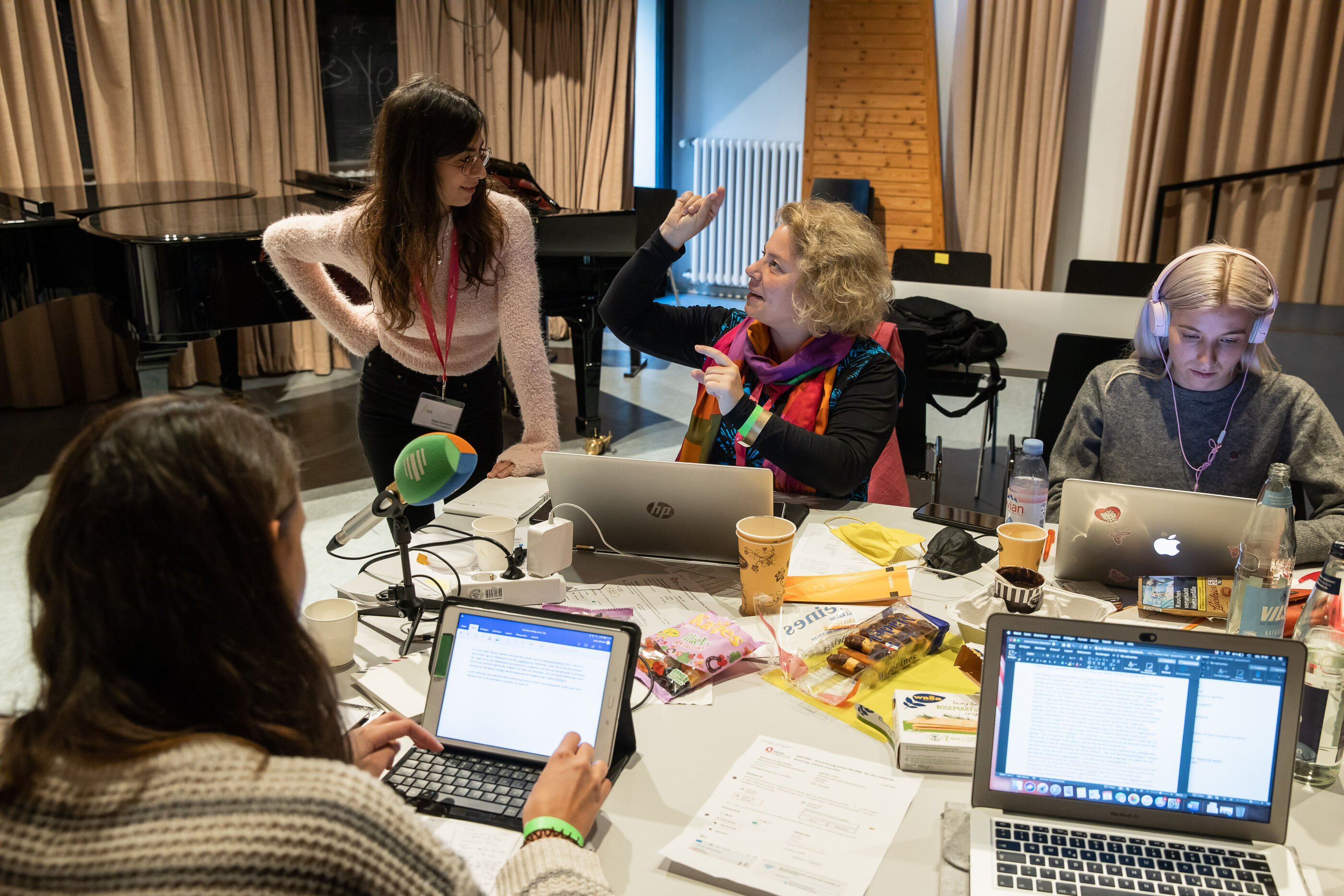 If you've always wanted to be a journalist, you'll get your chance with YoungJournalists.

This is a four-day workshop for teenagers and young adults who have a desire to write. They visit the 2nd semifinal round of the competition, conduct interviews and write about music. With the expert support of Berlin music journalist Julia Kaiser, the participants can learn journalistic skills and take a look behind the scenes of an international competition.

School classes as guests at the JJV

And in the third project, classes from all types of schools are invited to discuss the topic of violin and competition in their lessons, visit the competition in Hanover and experience the action live as School classes as guests at the JJV.

This year, the Joseph Joachim Violin Competition will again offer music education for schools in Lower Saxony. All participating classes have the opportunity to visit one of the preliminary rounds in Hanover on September 28, 29, 30 or October 1, 2021 and thus experience the violin competition up close.